Health related Innovation, Incentivization and IPR for Post- Covid World – A vision for the South

The concept paper for the Webinar ‘South-South Co-operation on IPRS for Access to Health in the times of Pandemics’ held on 20th November 2020 outlines the various issues, challenges, and policy options available to the South in the context of intellectual property and innovation in a post-COVID-19 world.  The paper obviously gives importance to South-South co-operation. But it goes beyond that stating “Can the South put its collective strength together and develop licenses and mechanism that are more suited to South?” and follows that with 12 guiding questions which need serious reflection. In this blog post based on my talk given in the webinar I discuss one aspect and suggest that South should think in terms of collective self-reliance and work for it.

The literature points out how countries have used various options available to them, including the flexibilities in TRIPS (Trade Related Intellectual Property Rights) Agreement. But there is also a view that these are necessary but not sufficient. This is reflected well in the proposal put forth by India and South Africa to the TRIPS Council. This proposal has elicited mixed responses and that was not unexpected. However, what is important is that the Covid crisis has brought into focus again the various issues related to IPR, innovation and access to medicine. But this time it is much more than access to medicines, it is also about access, particularly equitable access to vaccines, diagnostics, devices and medical equipment like ventilators. Obviously in this equitable access to vaccines has gained much attention and there are reports that discuss how to ensure that access to vaccines is equitable based on ethical principles informing the policy makers on choices before them.

Still when ones goes through the literature and debates on access to medicines, IPR and innovation, there is a sense of déjà vu.  It is not these issues are being discussed for the first time, nor this seems to be the last time, and a global consensus on this has been eluding. In fact, right from mid 1990s when TRIPS Agreement was finalized and agreed upon, there have been any number of studies, commissions, and reports on these topics[1]. While the AIDS crisis did bring in a rethink, it did not result in an enduring solution and although the crisis was addressed many questions were unanswered.  Such questions have been with us as before and if at all anything the Covid crisis has brought into sharp focus the need for finding enduring solutions rather than piece meal solutions that address some issues on an urgent basis, leaving the larger and key issues unaddressed. In these at different times, the responses from South have been more or less the uniform and have been primarily focussed on reforming TRIPS Agreement and WTO rules, and, on pursuing equitable access to technology and prioritizing technology transfer.

Now these are necessary, but not sufficient. We need a different approach. This is primarily because today’s South is not the South of the mid 1990s or for that matter even the South the early 2000s. Today South is a much better to negotiate and perhaps rewrite the global rules on innovation and IP. This is largely on account of the increase in Science, Technology and Innovative capacity of the South. While some of this can be attributed to the increase in technological capacity of the South (ADD REF), rapid strides made by the South in S&T and Innovation is evident in data brought by organizations such as National Science Foundation (USA), OECD and UNESCO in various studies and reports. In particular, the BRICS countries have made significant progress in their STI capacities. Thus, it is necessary to revisit the older assumptions on North-South divide, without losing sight of the political economy of global S&T. [2]

In other words while the divide between North and South has decreased, it does not mean that the demands made by the South have become redundant, this is because while there has been a greater globalization of S&T and increased contribution of/from South to global S&T , there are significant gaps among countries, and, among regions in terms of capacities in STI. Thus, while it is true that South has made strides in STI capacity, the gaps and lack of capacities are also serious issues and these two facts do not contradict each other. Instead, they call for more equitable distributions of developments in STI in terms of access to vaccines and drugs, access to technology and more importantly paying attention to the Access, Equity, and Inclusion (AEI) dimension in sharing the fruits of advancements in science and technology.

Still, it is important to focus on South-South co-operation and also on triangular co-operation where it is relevant. The response to Pandemic from the South has been one of co-operation and mobilizing resources and capacities within countries and on capitalizing on capacity in STI. This has resulted in important developments and has shown that South can contribute to the global responses to the Pandemic. Still there are questions like whether the South-South C-operation has been adequate on this occasion.

We need targeted interventions in terms of analysing our capacities and potential for innovation in public health and this should include capacity in innovation of all types, not just products but also services and processes. Based on this we need a review of our capacities in terms of different categories- regions, R&D, supply chains.  Based on this there can be projects jointly funded by South that create synergies and add to ongoing ones. In this I suggest there should be massive open innovation open source-based projects that are organized in a consortium mode and with appropriate sharing and licensing models.

Collective self-reliance through innovation is feasible, desirable, and doable. South should opt for more pooling and knowledge sharing arrangements that will benefit all of the south. There should be South sponsored and led, patent pools, licensing mechanisms and knowledge sharing platforms including mechanisms that facilitate technology transfer. Can the South coming together identify at least six alternative models of incentivization in drug development R&D and sponsor pilot projects through different South-South initiatives and this is a good opportunity to bring together public sector and private sector entities. If it can be established that they work and deliver drugs, it will be a proof that South can walk the talk.

The larger initiative can be a true South-South mega project in health innovation that will benefit the whole humankind, not just the South. These times demand creative, imaginative, and ambitious responses that while building upon the past and present can take us to the future we want and future we deserve. 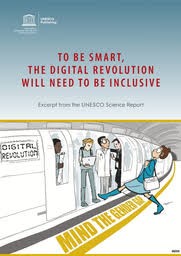